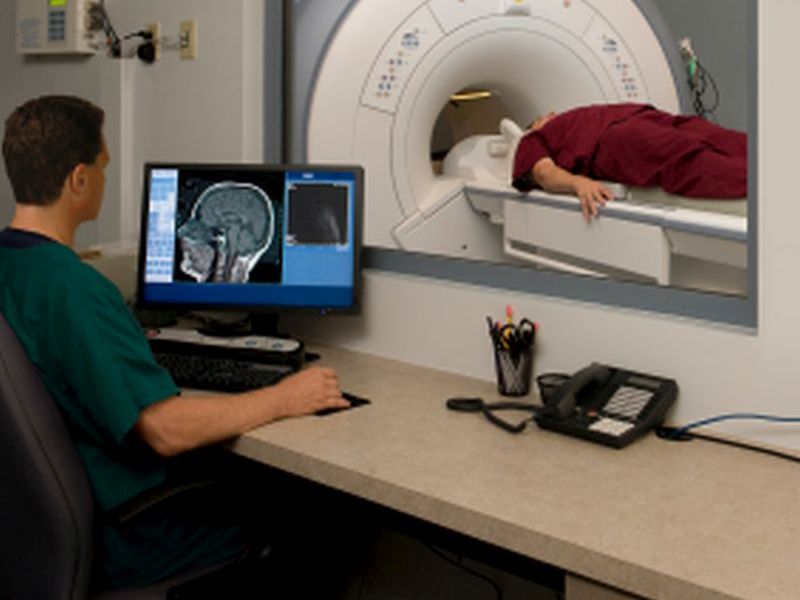 MONDAY, Oct. 26, 2020 -- For years, people with implanted heart devices have been told they can't undergo MRI scans. But a new study adds to evidence that, with certain measures in place, the procedure is safe.

The study focused on patients with older pacemakers and implantable defibrillators that were not designed to be more compatible with MRI scanners. The researchers found that when a particular protocol was followed, neither patients nor their heart device suffered any ill effects.

Experts said the findings, recently published in Radiology: Cardiothoracic Imaging, offer more proof that MRI is safe for those patients.

"To be denying MRI to people in 2020 is wrong," said Dr. Robert Russo, a cardiology specialist at the Scripps Clinic in La Jolla, Calif.

Russo, who was not involved in the new research, was lead author of a 2017 study published in the New England Journal of Medicine. It included more than 1,200 patients with relatively older heart devices who underwent MRI scans at 19 centers across the United States.

The study found that, by and large, there were no issues during the procedure. A few patients had a short-lived "quivering" in the heart's upper chambers that stopped on its own.

MRI scans are done to help diagnose anything from tumors, to bone and joint injuries, to internal bleeding. Unlike CT scans, MRI doesn't involve radiation, and it can sometimes yield information that other imaging cannot.

But MRI does produce a powerful magnetic field, and for years there had been concern that it could spell trouble for heart devices. A main worry was that it could overheat the device wires, possibly injuring the heart muscle or altering how the device paces the heart.

In more recent years, manufacturers have developed "MRI-conditional" heart devices, which are designed to minimize any potential risks of the scans. At the same time, growing evidence has shown that even for patients with older devices, MRI is not the risk everyone once feared.

"But patients with these 'legacy' devices are still being told they can't have an MRI," said Dr. Sanjaya Gupta, a cardiologist at Saint Luke's Mid-America Heart Institute in Kansas City, Mo.

Gupta, the lead researcher on the new study, said it was inspired, in part, by one patient's story. She had a brain tumor and needed an MRI to pinpoint its precise location. But because she had a non-MRI-conditional pacemaker, she was told she could not have the scan, and had to undergo several risky invasive procedures.

For the study, Gupta's team enrolled 532 patients with older heart devices who underwent at least one MRI between 2015 and 2019. In no case was the patient or heart implant harmed, the researchers found.

There are, however, special steps taken for heart-device patients: The implant is non-invasively tested before the MRI, then reprogrammed accordingly. Afterward, it's restored to its previous settings, then retested to ensure it is working properly.

During the scan, a health professional certified in advanced life support must be present, and the patient's blood pressure, heart rhythm and blood oxygen are monitored.

In Russo's view, that's a protocol medical centers should be able to follow. "There's no reason this shouldn't be widely available," he said.

But the reality is that patients may have a hard time finding a center that will perform their MRI, depending on where they live, according to Dr. Jim Cheung.

"This is probably still mainly being done in larger medical centers," said Cheung, a member of the American College of Cardiology's Electrophysiology Section and Leadership Council.

In fact, Cheung said he's concerned that even some patients with MRI-conditional devices are being denied the scans -- whether due to the misconception that heart devices preclude an MRI, or because a center does not want to manage such patients.

"I do think access remains a problem," he said, adding that it's a "disservice" to patients.

If other types of imaging are appropriate, it is better to take one of those options over MRI, according to Cheung.

But if MRI is the best choice, and it's being denied, patients should speak up, all three experts said. Patients can ask for a referral to a center that does perform MRI on people with conditional and non-conditional devices. They can also ask their cardiologist to get involved, if needed, Cheung said.

The American Heart Association has more on MRI scans.